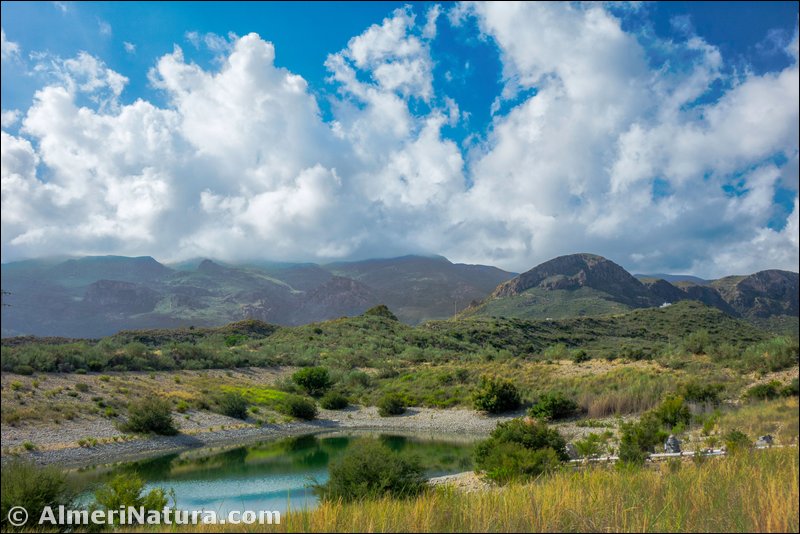 Sierra Cabrera is mainly located within the municipalities of Turre and Mojacar. At it’s highest it is nearly 1000m high - La Mezquita being at 962m and Arraez at 919m - which is why it occasionally gets some snow.

Sierra Cabrera’s landscape is marked out because of its higher rainfall compared with the rest of eastern Almería, in addition to the marine humidity that it receives. This makes this range a green island.

Most of the range, above all around the cortijos (farmhouses), is moulded by man and appears to be full of  abandoned terraces and the remains of old irrigation ditches and ancient orchards. We can still see remnants of its farming past in the form of carob trees, almonds, olives, figs, pomegranates and grapevines; without forgetting the naturalized prickly pears and agaves.
The basal areas of this range are formed of siliceous materials, while the higher zones are mainly made up of limestone. In the areas between them, numerous  springs can be found. Also, siliceous materials tend to prevail on the sunny slopes, while on the shady slopes, limestone is more abundant.

Sierra Cabrera was, until the 18th century, covered by cork and holm oaks but the axe, the plough, and grazing caused them to disappear in the end. Of the old cork oaks (Quercus suber) that populated the range, only a few remain. Being over 100 years old, they have an invaluable natural, ecological and genetic value, as they are a rarity in the Spanish south east and unique in the region. A similar fate befell the holm oaks (Quercus ilex), currently only appearing as small stands on the summits, along with Quercus rotundifolia, Kermes oak (Quercus coccifera) and Juniper (Junperus oxycedrus).
In the area known as Los Murtales, pine trees (Pinus halepensis) have been replanted. 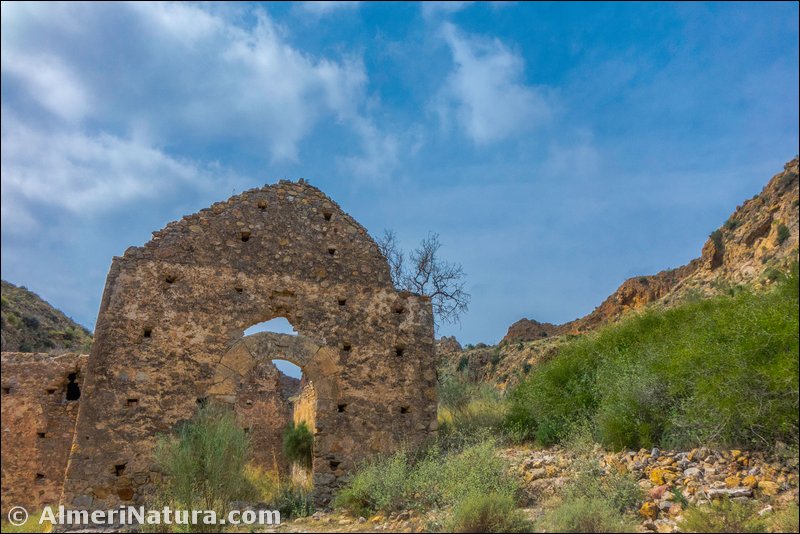 The current vegetation is made up of mediterranean bushes, like broom, thorn bushes, rockrose, anthyllis, rosemary, thyme, gorse and esparto grass. Among them occur Dwarf Fan Palm (Chamaerops humilis), Lentisc (Pistacia lentiscus), Olive (Olea europaea) and Mediterranean Buckthorn (Rhamnus alaternus). Around the numerous springs, gullies and humid water courses other species grow, such as Oleander (Nerium oleander), Southern Nettle Tree (Celtis australis), White Poplar (Populus alba) and Walnut (Juglans regia).  In other exceptionally wet places Quercus faginea and Strawberry Tree (Arbutus unedo) grow, along with the above mentioned cork oak. Despite their scarce number, these make up the botanic jewels of the range due to their ability to survive in such a dry environment as the Almeria-Murcian area, where they are extremely rare. Other very interesting species are Sea Lavender (Limonium estevei) exclusive endemism to Sierra Cabrera, Toadflax (Linaria oblongifolia subsp. benitoi), Vetch (Vicia altissima), Narcissus (Narcissus tortifolius), Germander (Teucrium freynii) and Corydalis (Ceratocapnos heterocarpa) amongst others.

As to the fauna of Sierra Cabrera, we have boars, foxes, martens and badgers as mammals. There are several species of birds, and various raptors. As to reptiles, the Ocelated lizard stands out and there is an important population of the endangered Moorish Tortoise (Testudo graeca). Several species of amphibians can also be found in ponds. Some hunted species such as red partridge, rabbit and hare are still to be seen. 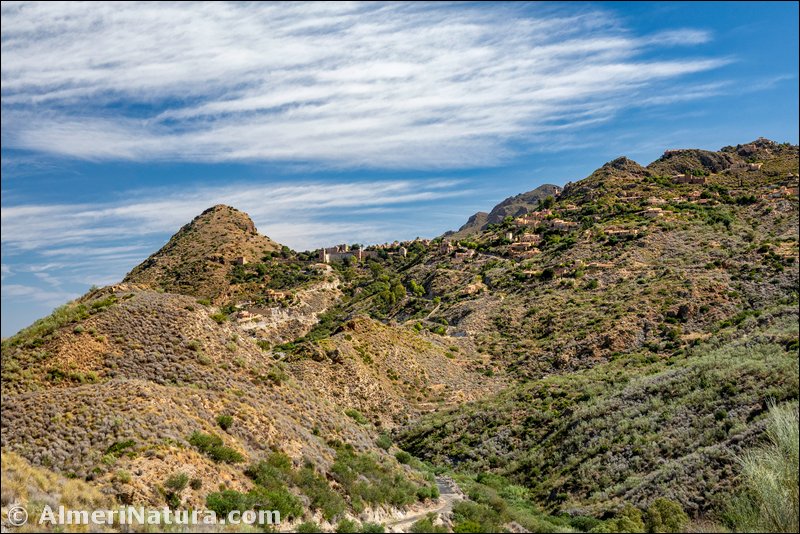