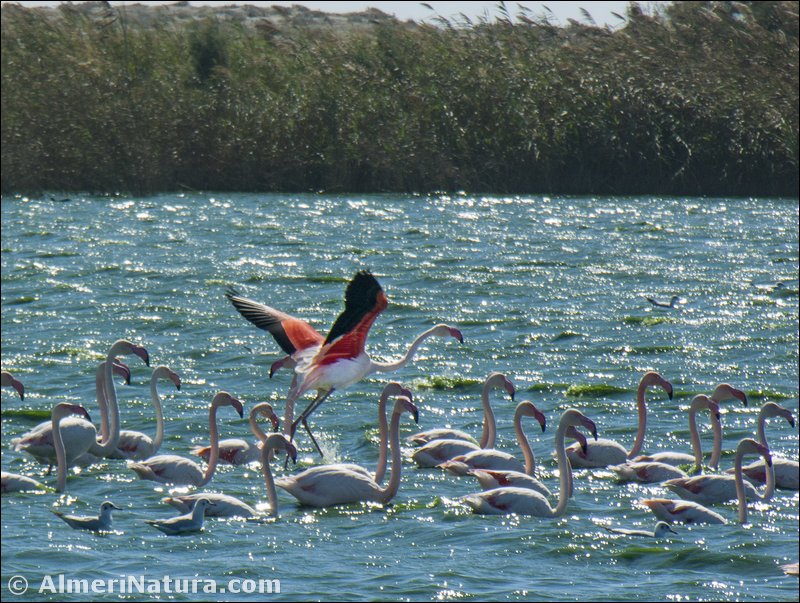 The territory of Almeria is one of the places with the greatest biodiversity in Europe, where the following bio-climatic levels are represented: Oro-mediterranean, Supra-mediterranean, Meso-mediterranean and Thermo-mediterranean. Subdivided into: arid, semi-arid, dry and sub-humid precipitation zones. In addition, in each level there are three sub-levels: lower, medium and upper. Thus is configured Almeria’s bio-climatic cocktail that makes such a variety of species possible.

Due to its location, Almeria, bio-geographically belongs to the:- Holarctic or Boreal kingdom, Tetian sub-kingdom, Mediterranean region, Almerian sector and part of the Manchegan sector.

The Almerian sector belongs to the Murcian-Almerian zone, characterized by scarce rainfall, high temperatures in summer and mild winters. There are two bio-climatic levels:

The Manchegan sector applies to a small portion of the province in the north: Los Velez and the flatlands of Topares and Chirivel. Its flora is a result of alkaline soils and the great difference between summer and winter temperatures. The bio-climatic levels are:

In broad outline, the typical vegetation in the province of Almeria is made up of Mediterranean forest. In general it is very degraded by man’s action in his economic activities that have characterized the history of the province: grazing, charcoal making, mining, agriculture, etc. The origin of this Mediterranean forest must be in the Lower Tertiary, an era from which the Pinus, Quercus, Alnus and Populus genera come. They diminished in area in successive millennia due to a general increase in average temperatures. Sclerophyllous forests were then added. Genera such as Laurus, Ceratonia (Carob) and Pistacia took refuge in Almeria during the glaciations and quaternary interglacial periods. The vegetation depends on many factors, among which we highlight rainfall strongly correlated with altitude, and the kind of soil. On the summits of Sierra Nevada and Filabres, above 1800m, the predominant vegetation is made up of broom and juniper bushes, adapted to high mountain physical conditions. While in middle mountain areas, evergreen oaks are dominant. They are also dominant in dry areas with alkaline soils, with a large area in Sierra de Gádor. In Sierra Alhamilla there is one of the most extensive and best preserved areas of evergreen oaks. The semi-arid inner areas are mainly populated by lentisc bushes which also surround the main mountainous areas. This vegetation is very degraded and very frequently turns into esparto grass. 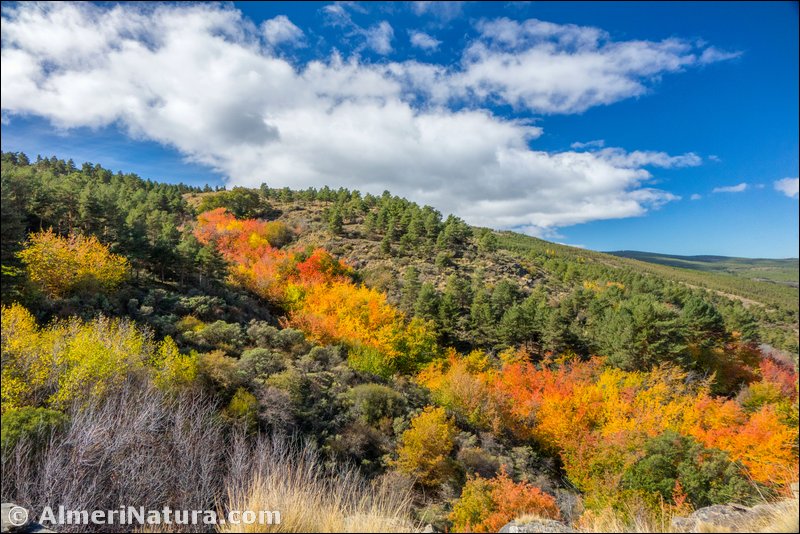 As we get closer to the coast and lower in altitude, the vegetation is increasingly arid. In the lowlands of Campo de Nijar and the Almanzora Valley, thorny plants predominate, mainly Jujube-trees (Ziziphus lotus). They give the landscape a marked desert look, partly caused by man’s activities. In this area the great floristic wealth is very noteworthy, and includes many endemic plants. In Campo de Dalias and the Andarax valley, with similar soils but less arid, thorny plants such as Artos (Maytenus senegalensis subsp. europaea), are predominant, although man’s activities, eg. crops in greenhouses, hardly allow one to see any remnants of natural vegetation. In the ranges of Cabo de Gata and Sierra Cabrera, the altitude intensifies the action of the sea and a less sparse vegetation has developed than that of the surrounding areas. Lastly, the soil formations of the Badlands of Campo de Tabernas stand out, and the gypsum formations are notable. The delta formations in the river mouths are also worth mentioning.

Like the vegetation, the fauna of Almeria has a great biodiversity and richness. In Cabo de Gata and Nijar, the fox, hedgehog, ocellated lizard (subspecies nevadensis) and the snub-nosed viper are outstanding. In Sierra de Los Velez the birds of prey, crested lark, calandra’s lark, and meadow pipit are typical. Snakes and butterflies -Parnassius apollo is endemic- are also abundant. In Sierra Nevada and Sierra de Los Filabres birds of prey and several protected mammals are also abundant, such as the mountain goat, bobcat and wild boar, amongst others. 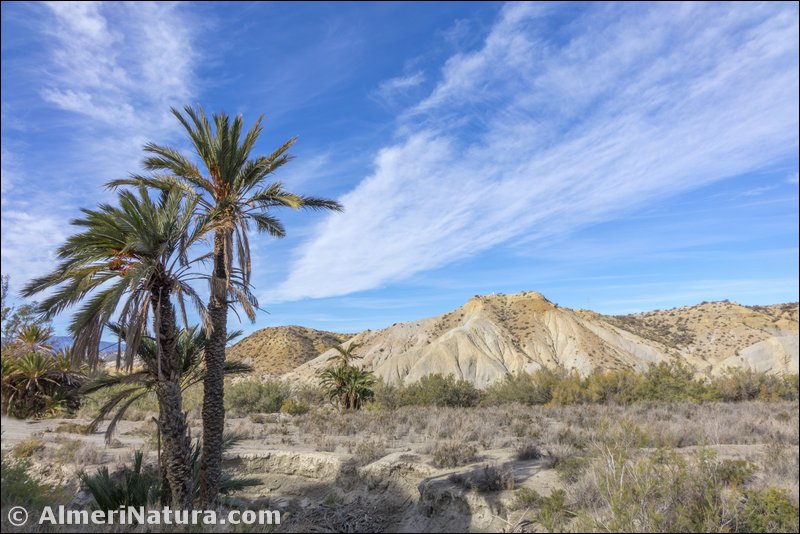 The natural richness of the province of Almeria is reflected in several protected natural areas: